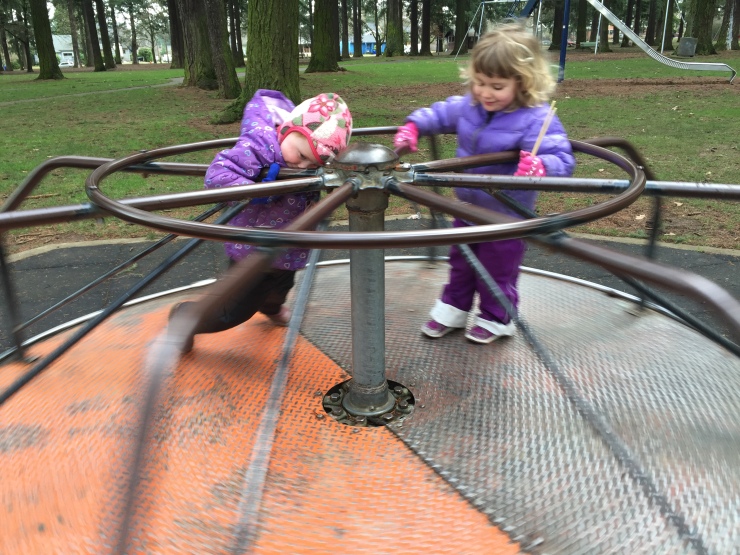 For the month of April, I am fundraising for the Living Yoga Yogathon. Please give HERE.

I have been volunteer teaching for Living Yoga for just a couple months now, but I feel very dedicated to this work. I’m pleased to have the opportunity to raise awareness (and hopefully some money) for an organization that is helping make yoga more radical, accessible, and relevant for all of us by bringing more people and more perspectives into the practice.

Back in June, I participated LY’s Trauma Informed Volunteer Teacher Training and was impressed by the practical, purposeful approach the trainers and administrative staff brought to every element of our time together. As an experienced teacher, I also got to reconnect to the essentials of the practice by learning with people who had never taught a class but were so passionate about what yoga had done for them they just had to share.

As I progressed through placement and clearance, and into teaching, contact with LY HQ has consistently been efficient and supportive. Volunteering my time practicing with teens at the Donald E Long detention center each week is a privilege in so many ways. And I think the kids appreciate it too.

For the Yogathon, Living Yoga asks participants to set an intention for their own practice through the month. My goal is to increase stamina, which I think of as the ability to remain engaged and active when challenges drag on. Because this is yoga, I am interested in the particular strength of staying in – in a pose, a conversation, or an uncomfortable environment – without collapsing into exhaustion or victimhood, and, balance-wise, without hardening along the fortifications of ego or identity.

To me, more stamina means easier breathing, fewer oppositional thoughts, increased sensitivity to nuance and intersection, and a commitment to staying engaged emotionally. As always, these are embodied values. I want stamina so I can spend more time in spaces not designed for me. I want stamina so I can listen through my opinions to my human needs, and so I can do this for people whose opinions threaten my identity. I want stamina so that when I do difficult things, I do not need more recovery time than the people who – without choice – do these difficult things everyday.

The day after the election, I taught my regular Wednesday morning class. My students were in shock, weeping. I knew, and felt deeply, personally, that the loss of the election was an identity loss. It was my job to help students feel that the ground was still under them, the breath still within and without.

At the same time, I knew from the African American and Native American activists who I follow that Donald Trump’s election was not the same emotional punch in the gut for them. Even though their communities would suffer more than liberal, white communities like ours, they were less shocked. The hope and trust we had depended on as we depend on gravity and breath: this had been taken from my activist mentors so early in their lives that they had very little left to lose. Donald Trump could scare them, horrify them – but his election did not shock them. They already lived in the America that many of us had just realized existed.

I do not scorn the need my community members had for comfort in the days and weeks after the election. I know it well. But I see it – as I see any disconnection – as an invitation to connection. If the shock of the election was some sort of puberty rite for so many liberal whites, I did not want to turn away from what I saw. And yet, I did.

In the wake of the election, I kept doing what I had been doing: practicing yoga, reading and thinking about race in America, listening to women of color. I didn’t listen to the national news, but I never really do. The night of 45’s inauguration, I looked at whitehouse.gov for a few minutes and came as close as I’ve ever been to a panic attack. It surprised me, this evidence of how I had held my body away from our new reality. I felt the dam of denial fail and the rush inside was black. I read two books to my baby in her bed and knew only that I was breathing and that she was breathing next to me.

Before this feeling, I knew that just being able to make space between my body and our sociological and political reality was one of the prime indicators of my privilege. What I realized (again) that night is that avoidance can be the equivalent of moving toward the panic. Hardening and collapse are deeply interrelated. They depend on each other. The difficult, delicate space between them is not just the moral high ground, it is the most practical place to stand. When I realized (crash) that there was a long march ahead, I also realized that I would need the stamina to make that march.

So the next morning I recommitted to the work of creating practices that allow me to spend more time with the discomfort of what is happening, while planting conscious flags of secure embodiment in spaces that feel disempowering. These are stamina practices, because they let me stay longer in the space of action so that – hopefully – I can be of more use to those who have to live there.

Yoga teaches us to lean into discomfort while remaining connected to physiological indicators of safety. I practice to stay in meditation through boredom, through anger and frustration. I practice to stay aware of the fact that all I am doing is sitting still (on a pillow!). I stay through round after round of reactivity, noticing what I do to try to get comfortable, how that comfort eludes me, how I obsess over little pinches and chase very specific squirrels. I take time, allowing myself to wonder why some spots are so much stickier than others. Allowing stories to rain down like graduation caps, only momentarily meaningful. The breath is our all-the-time tool, right? Am I still breathing? From there, I can make my way back to being ok.

This is what I teach the teens I work with through Living Yoga at the A&E program at the Donald E Long detention center: how to make space internally, orient to sensation safely, and develop trust in the process of getting to know themselves. In turn, they remind me to let go of my ideas, stay present as things change, and develop trust in the process. Being buzzed into a locked ward is not reassuring to me on any level. The fact that I may leave but these children may not is worse. This week, one girl with whom I have practiced several times told me she was leaving before we would see each other again. I held her gaze. It was clear between us that though she did not want to stay, leaving was not easy; she was not ‘getting free.’ I told her I was grateful to have practiced with her; she said the same. What we have shared is significant, and also dust in the wind. Her life and mine have little in common; the space between us reasserted itself as I put my coat on, walked away.

Last week, during the Women’s strike march in New York City, a group of activists was arrested. Cassady Fendlay, among them, wrote this:

“Yesterday I was arrested for an act of intentional, nonviolent, civil disobedience. I am free now, I am fine and I actually feel really good, because I am so fortunate to have so many of you sending me love, making calls about me, and supporting me.

“Getting arrested is like the biggest privilege walk I can take. This is not a reality most of us are ever subjected to. It made me think of Kalief Browder and Sandra Bland and all the black and brown people who are arrested for things that I would not be arrested for. Who don’t have a team of loved ones in the cells around them, gathered outside in front of the precinct and making phone calls and sending prayers from afar.

“Getting arrested is a privileged activity for me. And that is why it is important. Because when the privileged people intentionally enter a system that is designed not for us, we begin to disrupt the bigger system of making some people “worthy” and some people subhuman. On International Women’s Day, I fought to smash every barrier that makes that false distinction, whether it’s sexism, racism, Islamophobia, homophobia, transphobia, classism, ableism… Every human is human.”

To me, this stamina: to go into a space that could be devastating, and come out feeling really good. Good enough to go back in.